First announced back at E3 in 2014, Crackdown 3 has since walked the knife-edge of vaporware, often going months without any update. The title has suffered multiple delays, the loss of prominent team members and cancellation rumors- resulting in a general lack of buzz about the title.

The killer feature that everything else in Crackdown 3 is hooked on is destruction, although this wasn't present at the E3 2017 showing, which focused more on the game's offline single-player mode.

While online, everything in Crackdown 3’s city can be destroyed, using a cloud-based physics calculations system. Fire enough rockets into a building and it will topple and fall, crushing any buildings, vehicles, and hapless players in its path.

Even though we got a look at some destructive gameplay during E3 2018, the reaction from fans was pretty lacklustre.

Despite these issues, ahead of its scheduled release later this year, we’ve gathered all the news, rumors and info about the game into one place. Gear up agent, this is everything you need to know about Microsoft’s next big exclusive.

Although the game's delay into 2019 had been confirmed before E3 2018, Microsoft was still able to show off a brand new trailer during its showcase which you can watch below:

At E3 2017 we were treated to a brand new trailer for the game featuring Terry Crews.

If you want a more historical view, this is what the destruction tech underpinning Crackdown 3 looked like three years ago:

Impressive, but a little sterile.

Now, this is what it looks like with a nice coating of Crackdown 3:

IGN was able to capture more than 15 minutes of the game in action, which gives us the best look of the state of the game two years ago:

Finally, this is the last footage of Crackdown 3 release, the team showed what happened if you laid out hundreds of explosive barrels and started firing at them without consideration for your poor console’s processor:

It was announced in August 2018, just a few months before the game's planned November release date, that Crackdown 3 would be delayed until early Spring 2018. This has now, however, become another delay and we now know that Crackdown 3 won't be released until February 2019. 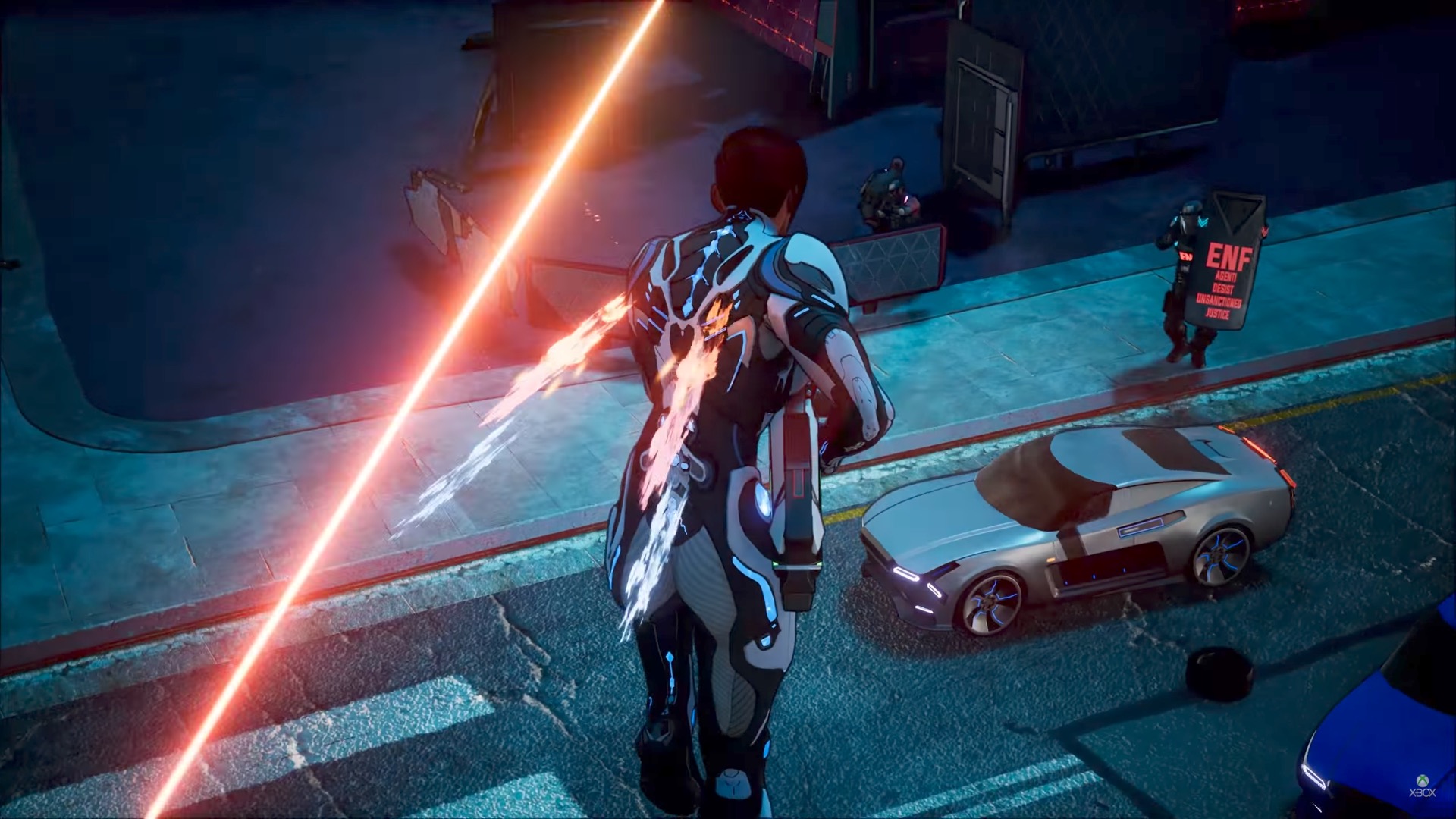 We had the chance to try out the game's single-player mode for ourselves at E3 2017, where we were free to roam around a small portion of the city.

In our demo we were left to our own devices without any pressing mission objectives to get in the way. Naturally this meant that we focussed our attention on collecting agility orbs, which are collectable items that, as their name suggests, make your character more agile.

The combination of a hefty double jump and a dash move meant that we could scale a large building with relative ease. The downside of this is that the game can feel very floaty, with our character's lack of weight very apparent.

Weapons have a forgiving amount of lock-on to them, and the close-up weapons  felt especially satisfying to use.

Beyond this, we didn't discover much about the game that wasn't known before. For all intents and purposes this is a very similar feeling game to the Crackdown games that have come before, albeit with a map that's over twice the size. 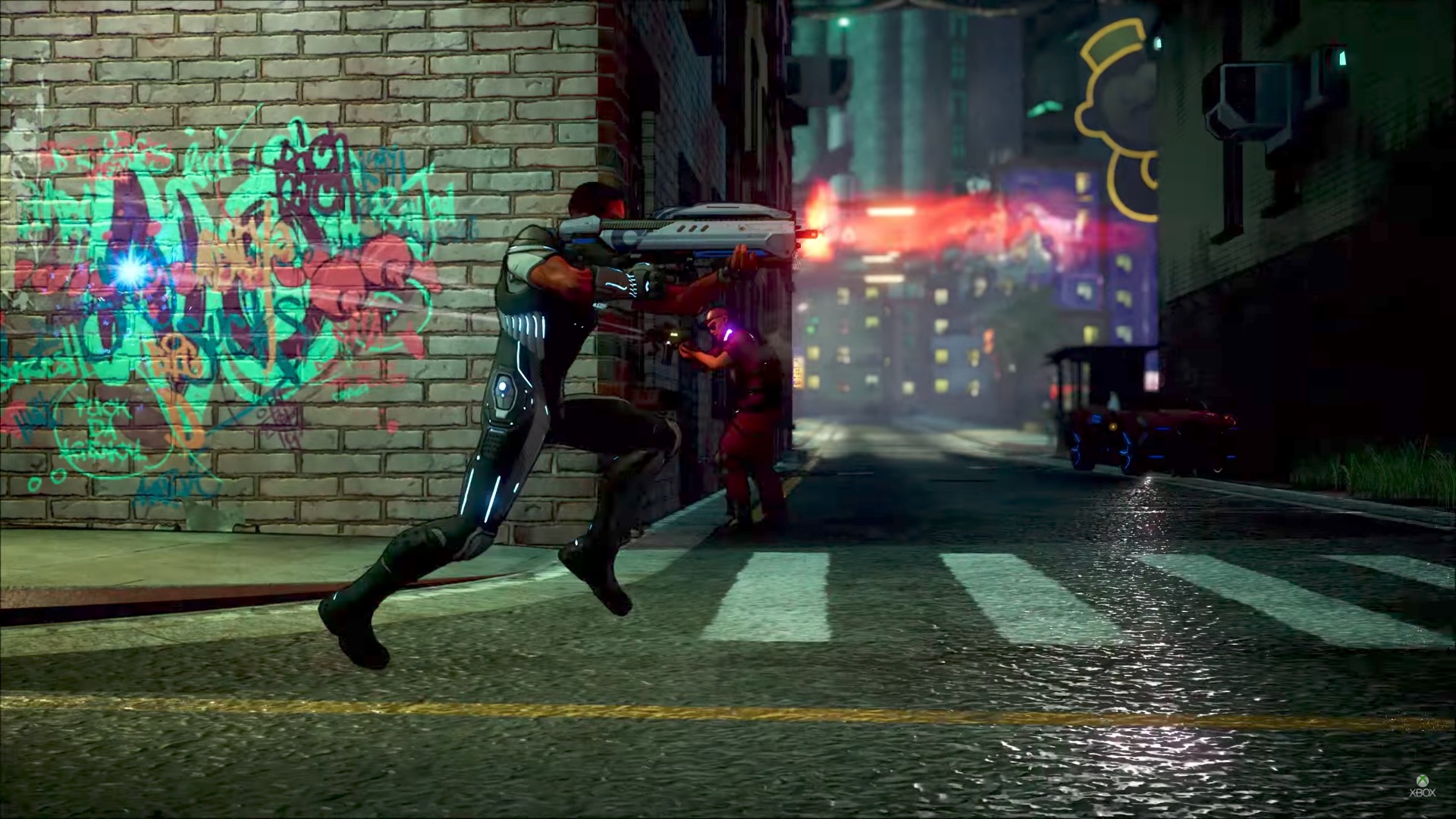 Besides showing off the game’s technology, Microsoft and the game’s developers have kept their lips sealed about the larger story and gameplay of Crackdown 3. There are some things we’re certain about, though.

The tentpole feature of Crackdown 3 is its destruction. There is a scale and detail to its demolition like nothing we’ve seen in a game before. You can start small, shooting a hole in a wall to create a sniper spot, or you can carve out the bottom floor of a tower block and watch the thing topple in real time, raining debris on the city below.

While some of the rendering work is done on your machine, the destruction has been made possible by cloud-based computing, with most of the calculation work being offloaded to other machines. This solution apparently increases the processing power of the Xbox One by more than 20 times.

While, Crackdown 3's multiplayer definitely sounds ambitious, t has not been showcased to press as of yet.

A city that responds to your actions

Although the single-player city can't be destroyed, Sumo Digital was keen to emphasise that you'll still have a big impact on the city.

Destroy enemy outposts and you'll find that others are reinforced, making them harder to take on.

This essentially means that, although you'll be able to approach your targets in any order, the difficulty will scale with how many you've taken down.

Right from the beginning of the game you're free to explore the entire city and go wherever you want. You're not just unrestricted in a physical sense, but in terms of the game's story you're also free to proceed however you wish.

While the developers said that there will eventually be a kingpin to take down, they stopped short of describing exactly who it is.

What they did say was that you're free to go about finding your way to them however you please, although whatever route you take is going to involve a whole load of explosions.

Attacking enemies across the city will raise the ire of the various heads of the criminal empire, who'll then be forced to reveal themselves as they send their troops after you.

We like the look of this openness, but we worry that it might end up making the game feel repetitive. Thankfully it seems like there'll be plenty of different ways to go about making trouble in the city, such as attacking monorail stations or rescuing prisoners. 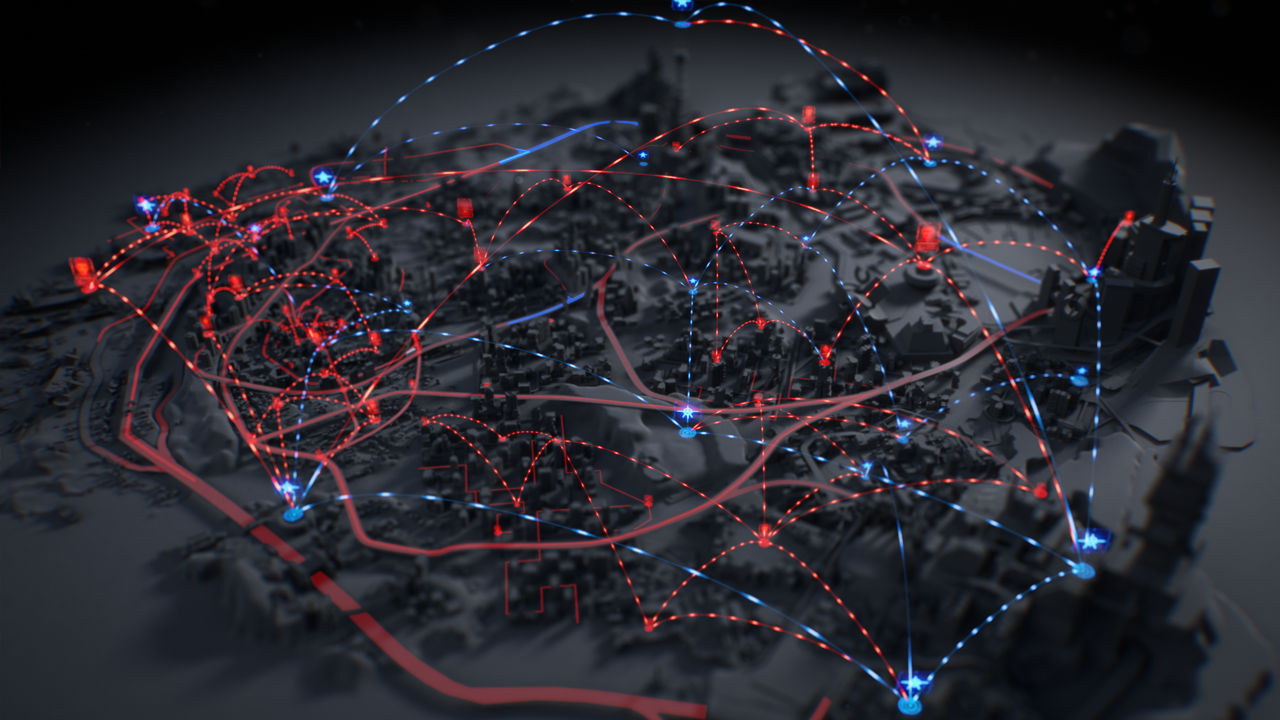 Since the first Crackdown the series has supported co-op in the main campaign, this feature is returning in Crackdown 3. As with Crackdown 2, it can be played with four players.

To get into co-op, up to three players jump into the host's city. Ultimately this means that any progress made will only apply for one player, although if you continue to play as the same group then this won't matter so long as the same person acts as host each time.

Agility orbs are back

Agility orbs, a Crackdown trademark, are making a return. This glowing balls, hidden all around the game’s city are, depending on who you speak to, the best or the worst thing about Crackdown. Every orb you collect increases your character’s abilities but there are hundreds of them, many of them hidden away in hard to reach places. If you ask us, Crackdown has a lot to answer for with the current state of collect-athons in games. 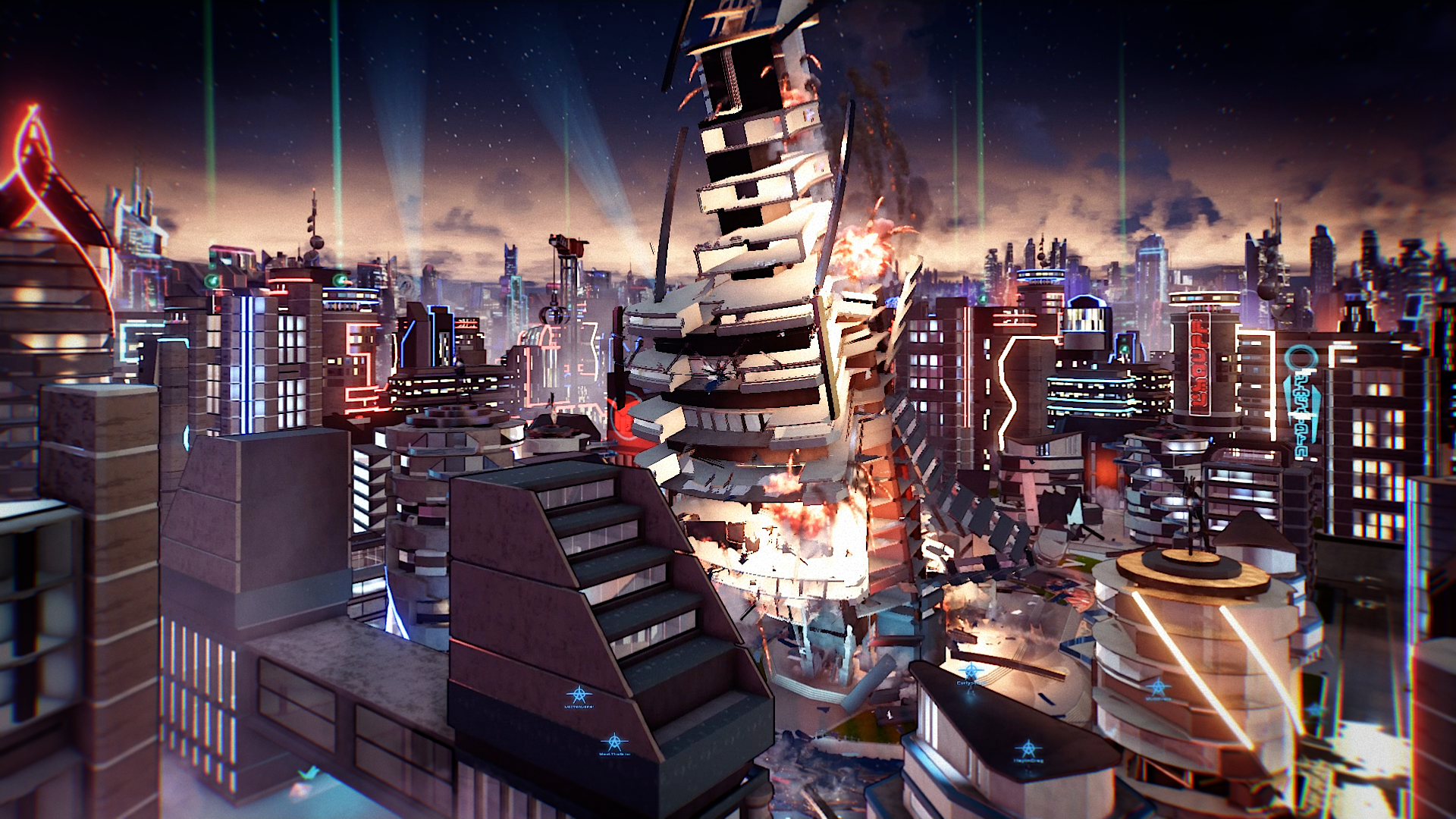 The rumors surrounding Crackdown 3 haven’t been so much about what will be in the game but what state the game’s development was in.

There could be a delay

Just before E3 2018 kicks off, rumors have emerged that Crackdown 3 may be delayed yet again, this time pushed into a 2019 release window instead of spring 2018. These rumors have yet to be officially confirmed and we'll be updating as soon as we hear more.

The head of Xbox, Phil Spencer, has spoken. On Twitter, Spencer confirmed that there's a date locked in for the game and that there's a plan in place with more details coming soon.

While Crackdown 3 is supposedly on track now, according to industry insider shinobi602, someone who’s leaks have often been right on the money, claimed earlier this year that “development was rough”. He added that “there's still issues but nothing like Scalebound.” Microsoft famously canned Scalebound earlier this year.

There is still a lot about Crackdown 3 we don’t know but our hopes for the game are that it will plug the gaps left in the first two games.

Crackdown’s cities have always begged to be seen from the air. While your character could eventually leap great distances, they couldn’t take to the skies indefinitely. We’d love to see a jet join your agency issue car, finally giving you the tools to explore the city how it was meant to be seen.

Just imagine crashing it through a fully destructible skyscraper! 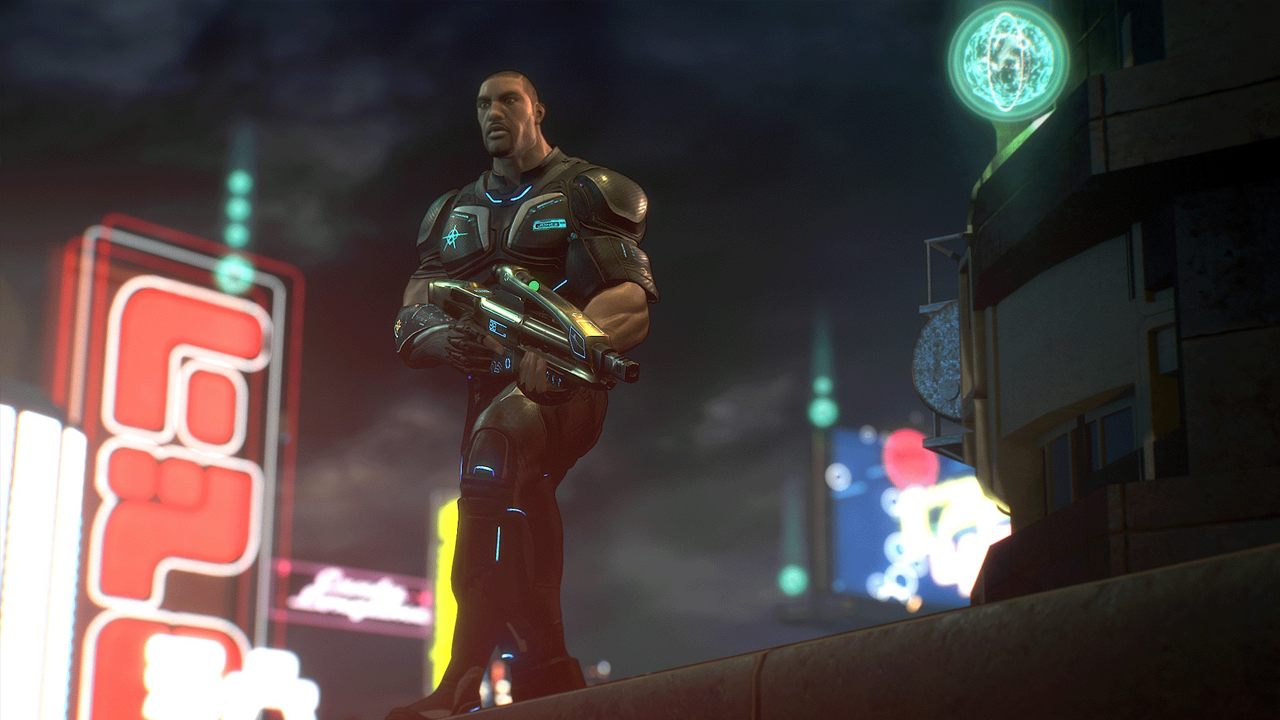 Bear with us, this isn’t as strange as it seems. So, The Legend of Zelda: Breath of the Wild shook up the open world genre in a lot of ways, but one of its best was the game’s structure. Rather than have you gradually unlock chunks of the world, you were given everything immediately, including the ability to march straight to the centre of Hyrule and right the game’s final boss, Calamity Gannon.

Neat idea. Except, Realtime Worlds wanted to do this 15 years ago with the original Crackdown.

Talking to Kotaku UK, Ruffian Games’ Billy Thomson, who worked on Crackdown and Crackdown 2, said that “Dave [Jones] really likes games that have got absolutely no structure at all, completely freeform. […] To the point that the guy that was meant to be the final kingpin could be killed at the very start.”

At the time, that design ethos created a lot of problems so the team didn’t fully embrace Jones unstructured approach. Crackdown 3 promises to allow you to approach its campaign in whatever order you please, but will it go far enough?