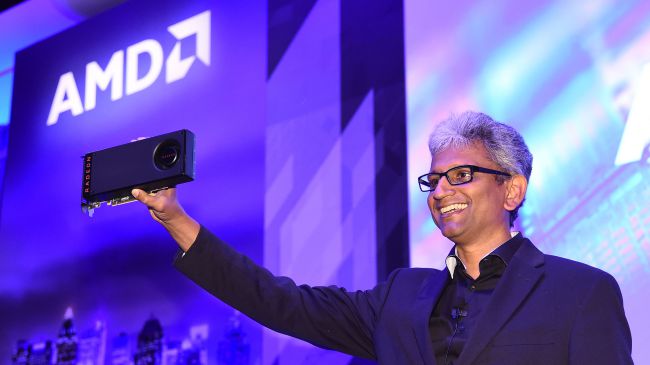 It’s pleasant when everyone gets along.

Intel’s main designer, Raja Koduri, the man accountable for outfitting Intel’s discrete illustrations accuse of Xe, just got a ‘shock’ AMD RX 6800 illustrations card in the post from his ex-manager.

Koduri left his top situation at the Radeon Technology Group back in 2017, following a short holiday from the job in the days following Vega’s dispatch. It was constantly said that the Navi design (before we knew it as RDNA) was Koduri’s pet venture, so maybe it’s just fitting that the now-Intel GPU specialist would get a RDNA 2 card via the post office.

The RX 6800 is a beautiful darn incredible illustration of what second-gen Navi can do, as well, despite the fact that it’s additionally gone ahead a wide margin since the original and the RX 5000-arrangement.

GPU structures require a very long time to create, and designs are regularly chipping away at projects a long ways in front of what people in general are running on, or even know about. Take the Infinity Cache inside the most recent RDNA 2 designs cards, for instance. During an AMD designing roundtable in front of dispatch a year ago, Sam Naffziger, item innovation planner, clarifies that this ‘new’ development had been underway at RTG for at any rate three years before we ever gotten whiff of it.

You need just look to the broad rundown of public licenses that any of these GPU organizations document after quite a while after week to make some comprehend of that cycle. A considerable lot of which don’t come around for quite a long time.

With respect to Koduri, he is chipping away at an immediate contender to AMD’s illustrations cards in DG2: the gaming designs card worked out of the Intel Xe engineering that is said to incorporate a 512 EU GPU. That is pretty god forsaken’ tremendous by Xe norms today, with the iGPU inside Tiger Lake maximizing at 96 EUs.

Elsewhere in the world, we just shipped off our RX 6800 example back to AMD and it obviously got ‘lost in the post’ for a second there. Fortuitous event? There’s nothing of the sort…